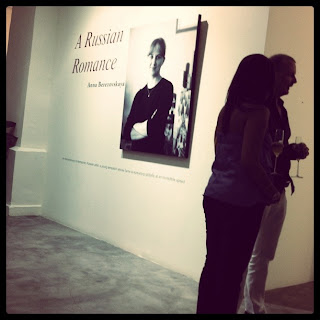 "A Solo exhibition by Russian sensation Anna Berezovskaya"
Exhibition runs until 19th June 2011.
Since our blog post is rather current for once, catch it while you can!
(Not a paid advertisement.) 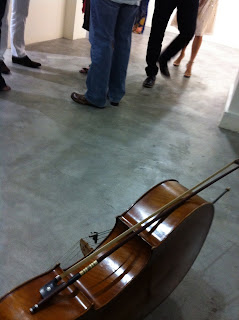 The gathering of the well-heeled. 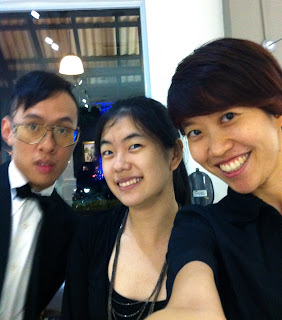 Snapshots of the humans taking a break from sitting...
(Guess who's back from cold Colorado?) 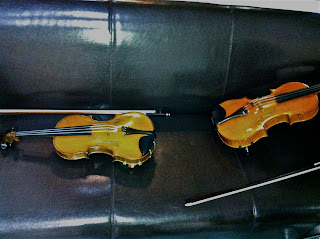 ...while the instruments sprawl conveniently on the couch nearby. 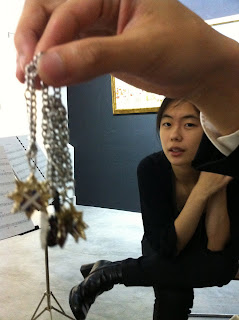 Christoven the Violist's latest bling find from Stevie General Store at Club Street,
(Not a paid advertisement either.) 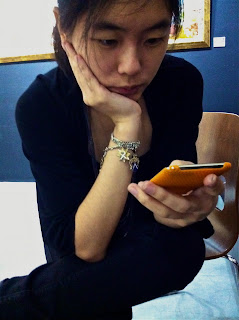 nonchalantly modeled by DT the violinist.
And now for our post-gig food feature!
Shokudo@Raffles City
(Still not a paid advertisment.) 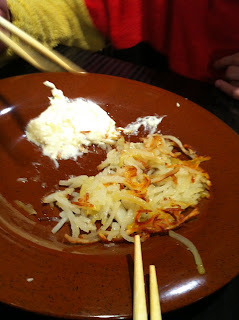 Rosti a.k.a. French fry noodles as described by the violist. 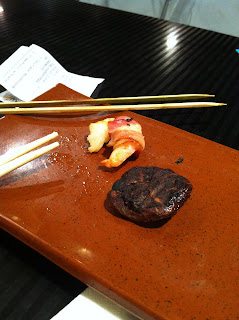 On skewers: Mushroom(s) and Prawn(s) snuggled in bacon blanket.
And when all the food's finally gone... 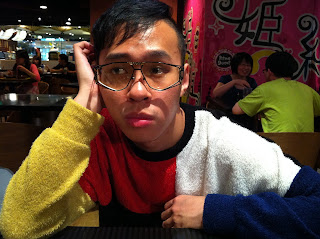 Scribbled by elizabeth at 10:53 PM

*We are not representative of the lives of Singapore's string quartets*
Email artsylum.quartet@gmail.com for requests or more information.